Touring skis and bindings are expensive. It’s just the unfortunate reality of today’s market. Ski makers are hoping to cash in on the recent boom in backcountry skiing, and consumers are paying the price.

I was scrolling through r/skiing this morning when I stumbled across a photo of a homemade touring set up by u/SaskiBum. My mind was blown.

Check it out for yourself: 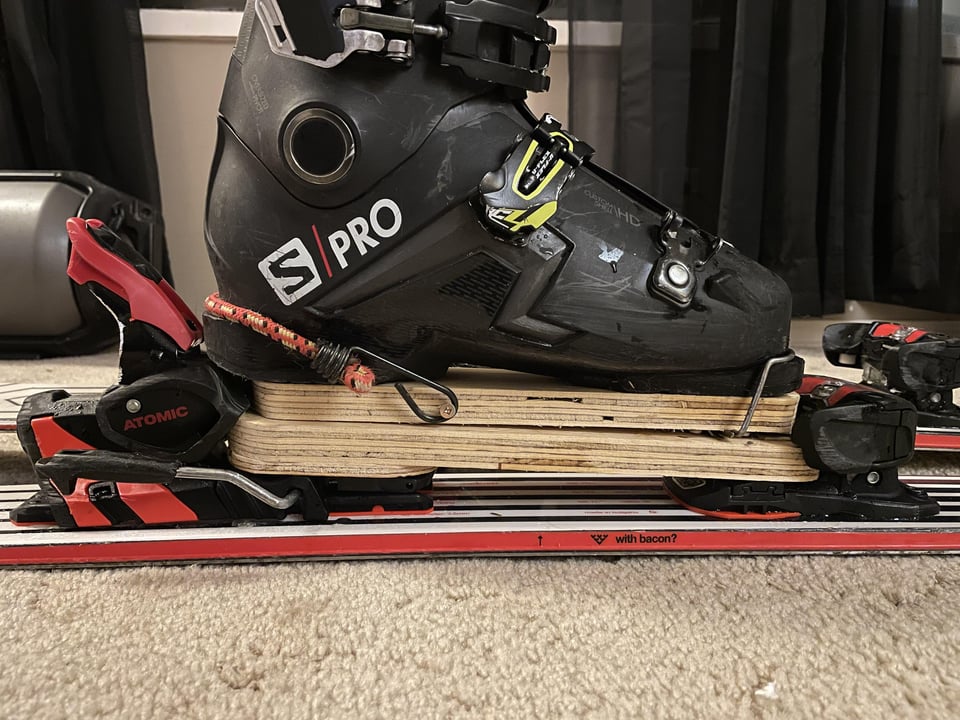 I don’t know how in the hell this guy came up with this setup, but it seems like it actually works? Let’s try to break it down.

First off, I see two planks of wood. The bottom appears to be longer to span the full length of the binding, and the top is shorter to fit between the top of the heel piece and the toe.

Check it out in the photo below: The contraption has screws near the heel with a bungie wrapped around to allow for movement, and a metal bracket to hold the toe in place. The toe is able to lift thanks to a hinge connecting the two pieces of wood.

I honestly can’t make up my mind. Is this genius, or is it just an accident waiting to happen?

I’m kind of leaning towards the former though… 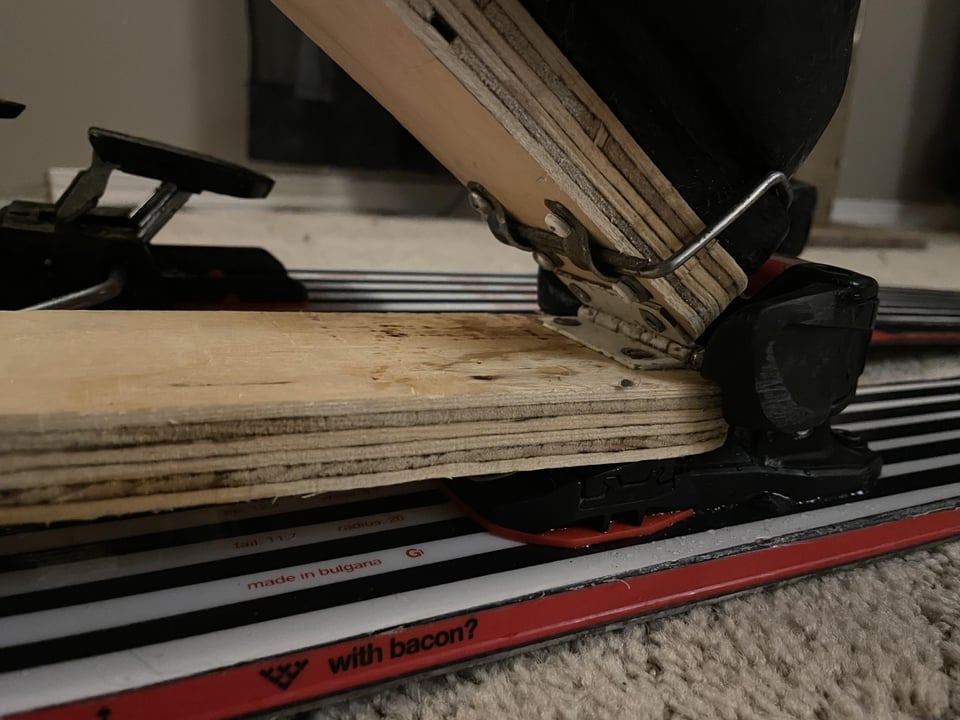 The entire set up looks pretty damn heavy, but it might be suitable for small uphill climbs/touring outings. Plus, you get all of the benefits of a true downhill binding and boot after you’ve finished the ascent.

I say good on this guy for making the most with what he has. Touring gear is stupid expensive, but he’s not letting that be a barrier for enjoying the backcountry, and I commend him for that.

I just hope that he did spend the money on a proper beacon, shovel, and probe. That’s gear you literally can’t skimp out on, or make yourself.

What do you think? Genius or Stupid?

This article was originally published by Unofficialnetworks.com. Read the original article here.

Mikaela Shiffrin Inspiring The Next Generation of Racers

admin - 25/09/2022 0
I’ve seen a snowmobile rip across tiny gaps of water or even small ponds, but these crazy Swedes rode their sleds up...

Mikaela Shiffrin Inspiring The Next Generation of Racers